Boiling Water Taps: Which is best? 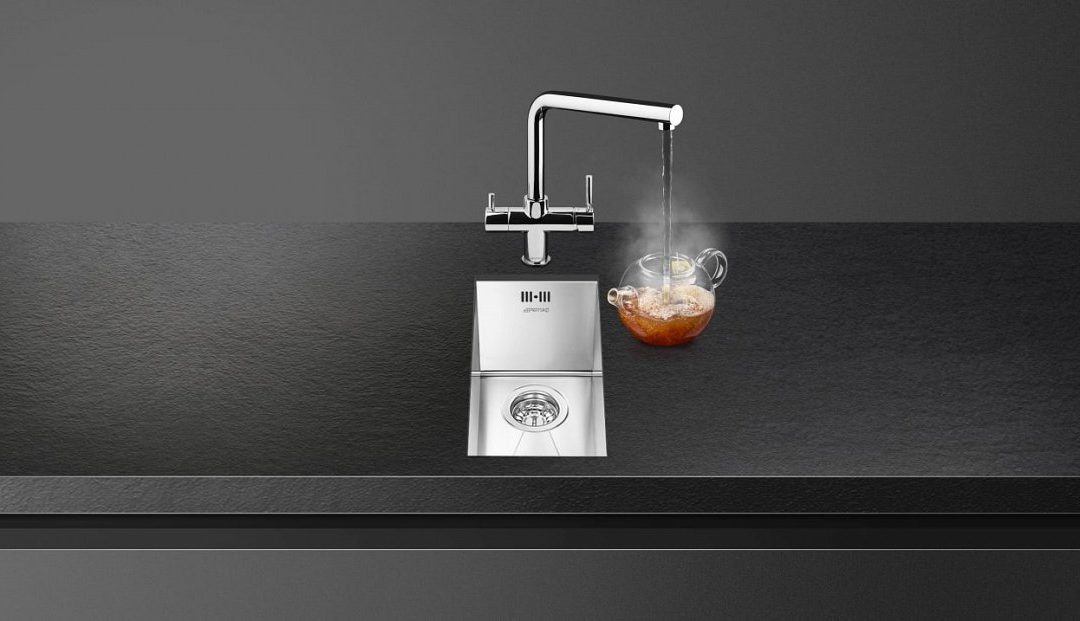 A boiling water tap is this year’s must-have addition to your kitchen. Instant boiling water for cooking, cups of tea… no more waiting by the kettle or waiting for pans to boil before you can throw in some pasta.

They’re also great space-savers, as you’ll no longer need a kettle laying around unused a lot of the time. Many boiling water taps replace your existing taps, however some act as an additional tap.

One thing to bear in mind is the space you’ll lose inside your cabinet, as they come with a bit of additional kit. They require a water supply, of course, and a three-pin plug socket underneath the cabinet. The extra equipment can include a smaller boiler or hot water tank and a filter – which can help to prevent limescale.

Easy enough for a professional to fit to an existing kitchen, the best time to consider one is when you’re having a new luxury kitchen commissioned, as you can work with your designer to plan the space around the accessories you want to really make life easier and more enjoyable.

Running costs need not be a concern; a boiling water tap is surprisingly efficient. According to Quooker, their boiling water taps can cost just 3p per day to run on standby, whereas to boil a full, modern kettle costs almost the same every time you use it.

Grohe’s Red Duo is a mixer tap, meaning it has both hot and cold water functions, so it can replace your existing tap (or be your only tap in a new kitchen!). You have the option of either a 3 litre or a 5.5 litre boiler, so it’s suitable for smaller and larger families and their requirements.

It’s also fantastic for anybody with a family or young children, as the Grohe tap has a two-step, child-friendly process for obtaining hot water. It’s simple, practical and easy to use. The build quality is excellent and it’s a smart, simple design that would fit either a modern or a traditional kitchen perfectly.

The MAP100CR from Smeg provides instant boiling water at 98°C and is a mixer tap, providing both hot and cold water, so it can replace your existing tap or be the solo tap in your new kitchen. Like the Grohe above, the Smeg tap is also child friendly with a safety mechanism to avoid unexpected burns.
The neck of the tap is also insulated to avoid touching it and being burned. The tank is 3 litres which is more than enough for the majority of households and is extremely energy efficient. We also think it looks smart in chrome and wouldn’t look out of place in most kitchens.

One of the best-known names in the boiling water tap business, Quooker have created a very stylish tap called the Fusion. It is very safe thanks to it’s double push then turn switch, and comes with a lovely red warning ring of light that tells you if your water is being boiled.

Available in two tank sizes, the standard 3 litres or a mammoth 7 litres, you’ve got choice with the Quooker tap, especially if you have a large or demanding household.

It boasts a minimal and clean design and is available in a range of colours including matt black, chrome and gold – meaning it may suit more kitchen themes if you want to it to match your handles, for example. 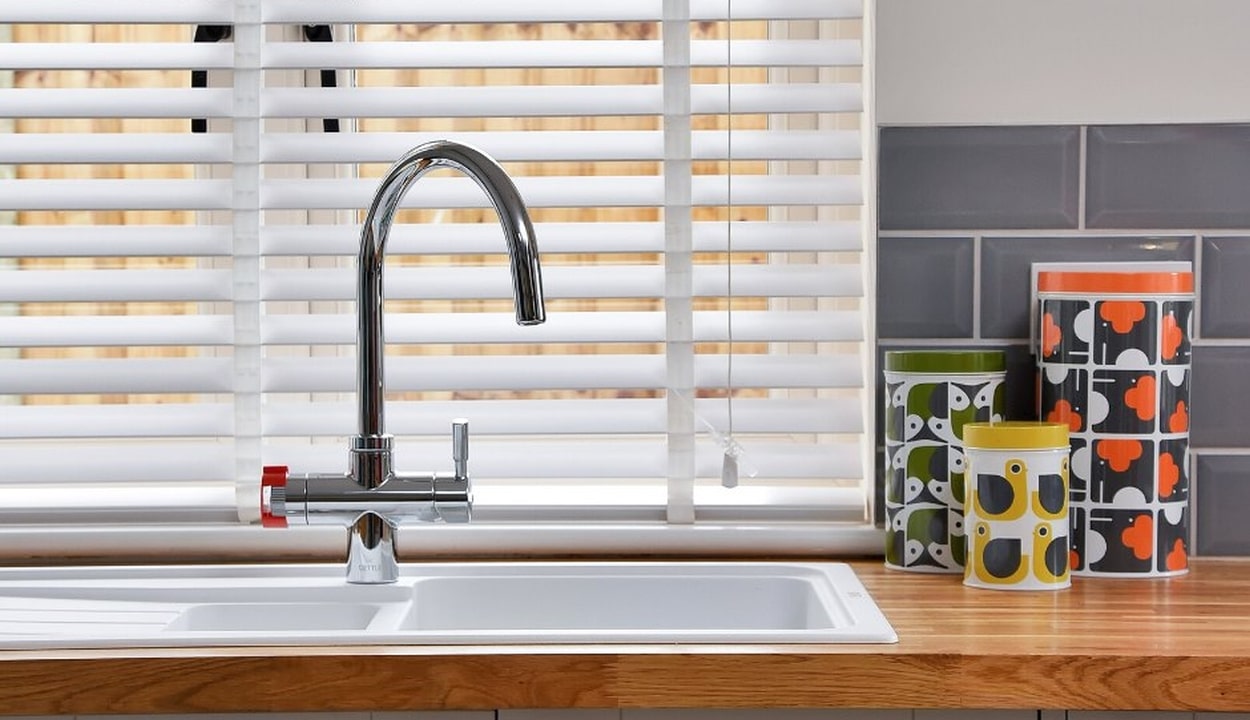 The Qettle Original is one of the lower-priced taps in our list. It’s a 4-in-1 tap, combining hot, cold, filtered cold and filtered 100°C boiling water in one tap. It’s available with a choice of 2, 4 or 7 litre tank and like the others in the list has a 2-stage safety system to avoid burns.

A great bonus of the Qettle system is the fact that it takes just 10 minutes to reheat once the tank runs dry (on the 4-litre version). The LED display on the tap lets you know when the filter cartridges need to be replaced – a bonus is that they’re recyclable.

A surprise entrant from Roux Kitchens. Yep, that Roux. Michel Roux Jnr’s company makes the Monaco hot water tap. One of the pricier options on this list, but it’s a very, very stylish piece of kit that wouldn’t look out of place in any kitchen. It’s available in a choice of metallic colours – chrome, brass or gold.

The tank is on the smaller side at 2.4 litres, however it comes with a handy touchscreen that’s easy to use to set your desired temperature, up to 99°C. It also uses some nano filtration paper to keep the tank free of limescale. This paper should be changed every 6 months or so. 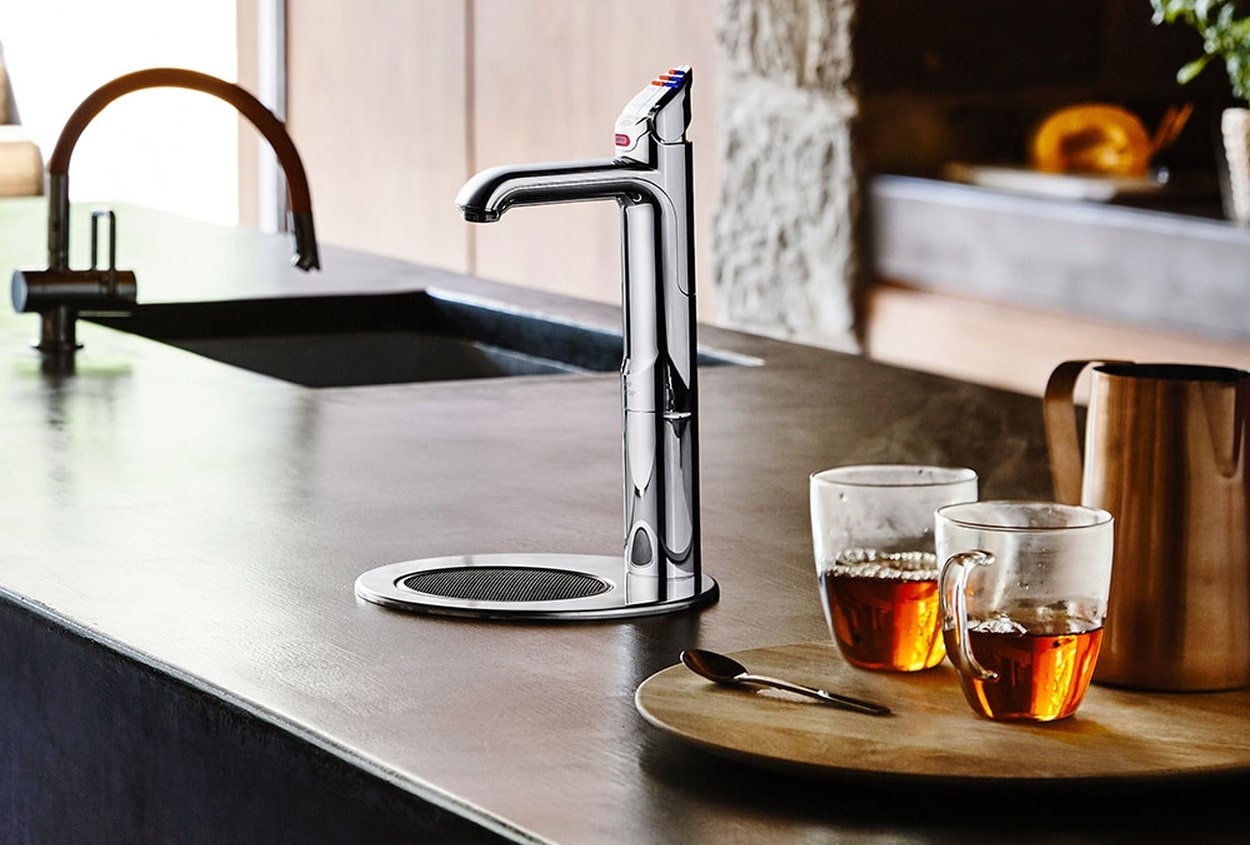 A bit of an unusual final entry to the list is the Zip HydroTap All-in-One Classic. Easily the highest priced of the list, this is a very stylish tap is available in chrome. The tap comes with a standard tank size of 3 litres which is more than enough for most homes.

The tap offers filtered boiling, chilled and sparkling water plus unfiltered hot and cold water. It’s a great looking tap for those who want something that looks just a little bit different.

In conclusion, make sure to do your research before deciding on a boiling water tap, or indeed if one is right for you. It’s a great addition to a new kitchen and is best chosen when specifying a brand new kitchen. Ultimately, as with the products above, the features don’t vary too wildly – so just consider the one that will look the most aesthetically pleasing in your kitchen space, and the one that dispenses water in the style you’re most likely to use (ie. boiling or sparkling, etc).

Any cookies that may not be particularly necessary for the website to function and is used specifically to collect user personal data via analytics, ads, other embedded contents are termed as non-necessary cookies. It is mandatory to procure user consent prior to running these cookies on your website.